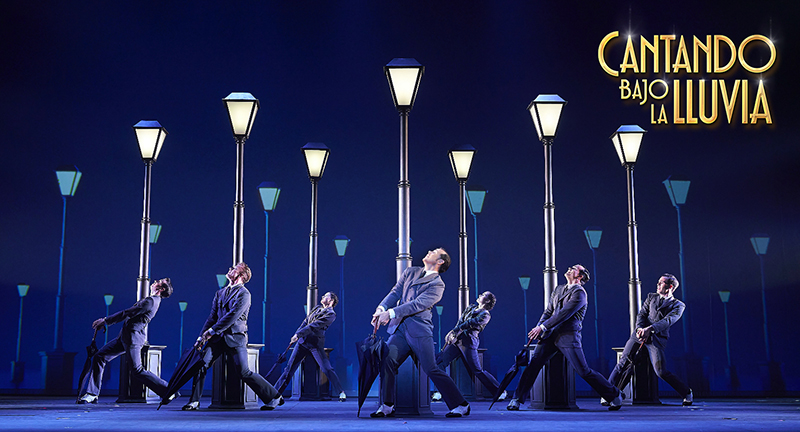 Umbrella Ezpeleta on the stage of the musical Singing in the Rain 15 September, 2021 – Posted in: News – Tags: Colab

Ezpeleta collaborates with the production company Nostromo Live in the musical “Singing in the Rain” that we can enjoy from September 15 at the Tívoli Theater in Barcelona.

In a musical where the rain is the protagonist, our umbrellas could not be missing. The umbrellas that we will see in the show are from the Ezpeleta brand.

Singing in the Rain is known as one of the best musical films of all time. A love story set in the emergence of talkies in Hollywood, which shows all the formal elegance and aesthetics characteristic of the 1920s. A musical comedy full of cinephile winks, humor and sensitivity, accompanied by spectacular dance numbers. Starring more than 30 actors and dancers, with a spectacular scenery, costumes and choreography that will not leave anyone indifferent.

You can’t miss it, you can now book your ticket!